Happy father’s day to a couple of great dads! :)

I know it’s been a really long time since I posted… I’ve had a crazy couple of weeks here.

In any case, I wanted to post something for Father’s Day, so I thought I’d share one of the first songs I ever wrote.

My earthly father’s pretty darn cool, too, here’s a couple of pics for ya:

Dad in his hippy days 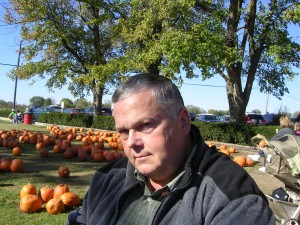 <-- he's glaring at me for uploading that pic

My dad is probably the hardest working person I’ve ever met.  He worked an average of 80-90 hours per week through my entire childhood (at one point he held 2 full-time jobs and a part-time all at the same time), but still tucked me into bed every night when he got home.

The few hours he had left he spent working on stuff around the house for us, and somehow still found time to complete an associates degree (and most of a bachelors) in electrical engineering from home.  I remember sitting on a chair next to him at the kitchen table at night watching in awe as he built circuits and fixed things with his soldering iron.

Some of my fondest memories are of all the times my sister and I cajoled him into playing guitar for us (not that he didn’t love playing, he was just tired!).  Now that I think about it, it had to be amusing for him to have his little daughter begging to hear “House of the Rising Sun”.  I could have listened to him play for days on end.

He still plays for me every once in a while… now that his shoulder injury is healed and he’s cut back to halfway normal working hours I’m hoping I’ll get to hear a lot more.  He played backup for me once at his church (I sang flat the whole time, it was awful lol), and we’re hoping to do more songs that way.  Perhaps I can get him to let me record a video at some point…